Feedback is often received from visitors all over the world and since we all carry the Van den Berg surname with pride we all deserve mention on these pages. Below is an email received from a fellow van den Berg from Winnipeg.

My search for other van den Bergs all over the world, has landed me with your South African branch, which was very interesting. First I would like to introduce myself: My name is Bob (not Robert) van den Berg. I was born in the former Dutch East Indies in 1938.

My grandfather came in the late 1800 from the Netherlands to serve the Colonial Army. He married, a mixed blood woman,whose mother was a Wilson. (The Wilsons came from Paisley,Scotland).

My late father can pass for a Caucasian, he was tall and sunburned easily in the sun. My mother is also from a mixed marriage and her mother`s name is Smith.

Anyway,all I know is, that my grandfather came from the Hague (Den Haag). I do have his parents` name. But he was not an easy boy to raise and he ended up with a family, who had a furniture business (factory ?). Being subborn,he would do what he liked. This made the family decide to make him serve with the Colonial Army; seems to be possible in those days. His wild life ended in the little town of Gorontalo (island of Sulawesi), where he became the commander of the fortress `Utrecht`.

He had three sons and a daughter with my grandmother. I was also born in Gorontalo. Just like my parents. When grandpa died, the sons were taken care of by a Salvation officer, who opened an orphanage for especially the mixed blood children, whose future with the native relatives would be hard if not impossible. This orphanage of Pa van der Steur made very good citizens of the children ; my father became an Agricultural Engineer.

My mother was a teacher and since her parents had land and cattle it allowed her to attend the best schools in the capital city, Batavia (now Jakarta).

The good life ended in 1942 with the invasion of the Japanese Imperial forces. At that time my father was commander of Banjoewangi on the island of Java. A small force of volunteers, mainly natives. He kept the peace and no bloodshed occured.

The war years were spent in a mountain town of Malang, the Switzerland of the Indies. He was forced to work in a pharmacy, being run by the Japanese forces - but at least he was free. One brother worked as slave labour in a coppermine in Japan. Another one worked on the infamous Burma railroad, where hard labour, torture etc was common place. Both brothers survived the ordeal. The oldest brother already died in the orphanage during the `Great Influenza Epidemic`.

In 1949 Indonesia was born as a free independent country. We happily transferred to Holland`s last hold of the colony : New Guinea. My father became a harbourmaster in the capital city Hollandia (now Jayapura)

Indonesia turned ugly and all of Dutch descent were kicked out (including all of mixed blood, for their nationality was DUTCH) Holland absorbed them all reluctantly. 350 years of reign came to an sad end. New Guinea followed in the late sixties. My brother and I finished our education in Holland. After Highschool we went to the Marine College and graduated proudly from this very strict school. Ready for the big seavessels of a presticious company: The Royal Rotterdam Lloyd.ltd.

We sailed for about 10 years and made fast promotion - Capetown, Durban and Elisabeth Town, we have good memories from. We have seen the world. It was time to settle down and Canada was screaming for immigrants. Our experience and good solid education benefitted us well.

I have a book about the van den Bergs in Canada and I noticed that the Coat of Arms is different than yours. As you know the name means " from the mountain" and has been traced till the 14-hundreds. The coat of arms, has been described in French. My grandfather lamented, why his forefathers made the move to Holland, the cold and chilly country. With enough alcohol in his system,he would talk in French, I was told. Read more by clicking here. 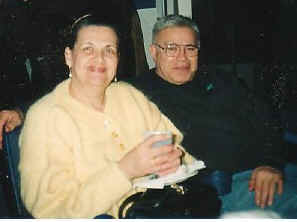 I do not know all my grandparents. This thanks to the War and the fight for independence by the Nationalists, who put us away till 1947 in concentration camps. Right now,there is a big fight going on for recognition and some kind of pay out for all our lost possessions. The present Dutch governement has opened a can of worms and also many wounds.

So - this was in short about myself.

My wife comes from Surinam and we have two boys and two girls of the most amazing mix one can imagine - Dutch, Scots, English, Austrian, Jewish, Japanese, East Indian and French is the make-up of our children. Click here for Bob's photo.

Hope to hear from you.

"I will give you all the van den Berg lineage as far as it has been given to me.

Hendrik van den Berg - Febr 04, 1862 in The Hague - November 01, 1914 Batavia on the island of Java former Dutch East Indies. His Father was Cornelis. Petrus van den Berg and his mother was Hendrina Bozina Berendina Prinzen. No further information about them.

Apart from two grand children another van den Berg will be born in November 2001. It is my son Omar, who has this relationship with a girl from Lithuania.

If it is a son the van den Berg line will be carried on.

My brother Max has a son Gavin, with a one year old daughter Aria van den Berg"